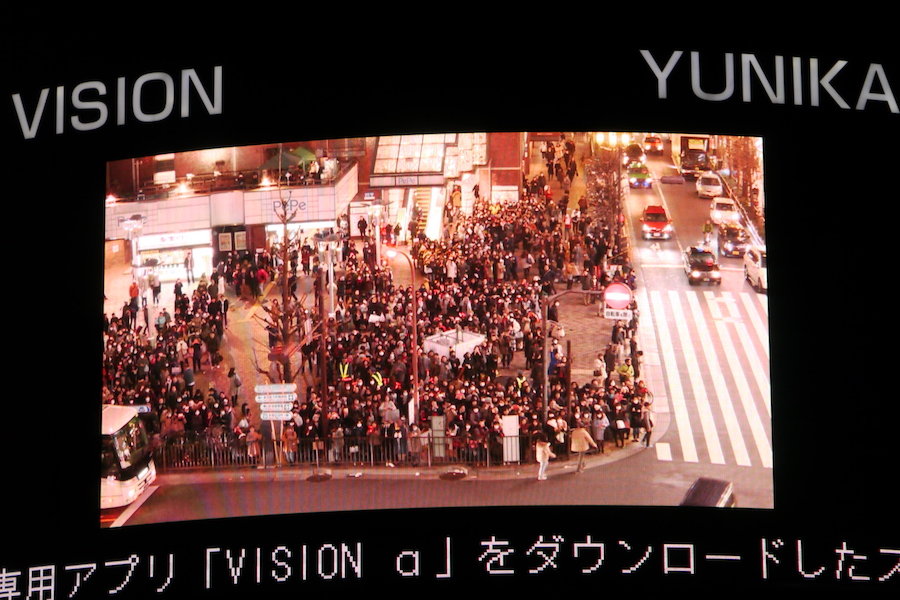 On March 13, 2016, highlights from Tohoshinki's numerous past special live video features on Yunika Vision were presented as a special 55-minute program.

At PePe Plaza in front of Seibu Shinjuku Station, over 1,000 fans swarmed to the event venue.
Passerby stopped in their tracks, surprised by the sudden crowd. As the screening began, cheers rose from the plaza audience in sync with the live video, changing the atmosphere of the event venue into an open-air live stage.

As the event came to a successful end, countless requests were made by fans for a repeat broadcast. On April 3, 2016, an encore screening & live streaming event was held.

Again, approximately 1,000 fans gathered at the plaza, and the live streaming viewer numbers went beyond 20,000.

Further positive responses from fans rose to over 1,000 related Tweets, including such comments as "The 3-panel visual presentation is super fun! The only problem is I can't watch them all at once LOL" "I want to go see them live again after watching the Yunika Vision stream". Not only the actual venue, but the WEB audience also livened up the event to the end, making it a huge success.