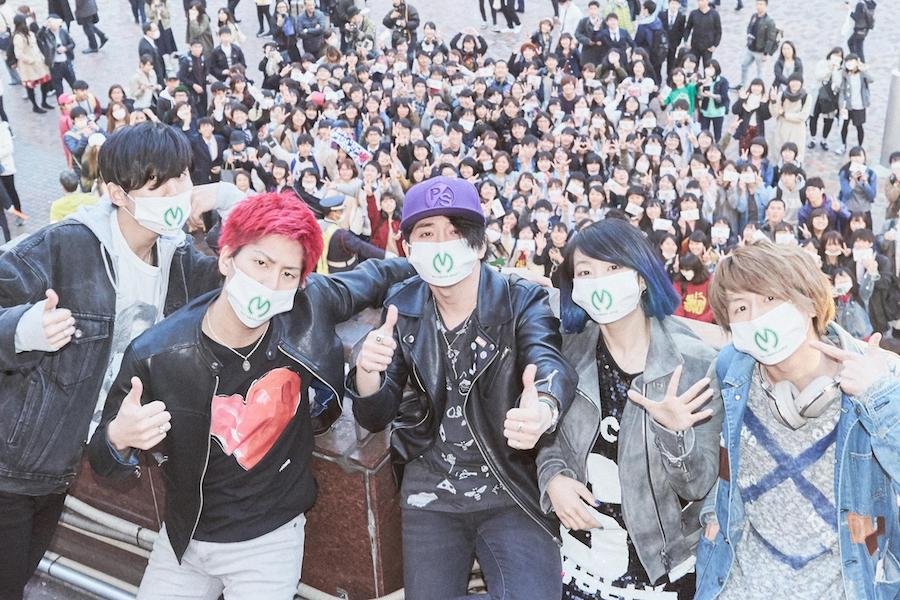 Marking the release of their first visual work, the premium full-length screening event was held for Mrs. GREEN APPLE's "In the Morning Tour - LIVE at TOKYO DOME CITY HALL 20161208".

On the day of the event, fans gathered in front of Seibu Shinjuku Station at PePe Plaza.
Following video comments from the members, the premium screening began at 16:00.

The screening was also an app-linked event with [Another Track], providing high-quality sound through smartphones synchronized with Yunika Vision, and [Vision α](Vision Alpha) which enables entries to contests and giveaways by simply holding up smartphones with the app toward the Vision screen.
Free headphone rentals were also made available, and gathered fans were able to enjoy the excitement of the live performance footage in high-quality sound.

The 2- hour event screened the full-length live performance video including the encore. After the event, the Vision screen switched to show the PePe plaza area, and there appeared the band members.
Behind the crowd, all of the members made a surprise appearance from the 2nd floor balcony to cheers and delighted screams from fans.
The band gave their thanks to the gathered crowd and took a group shot together with the audience. As the group photo was displayed on the Vision screen and the band left the plaza, the event came to a successful end.