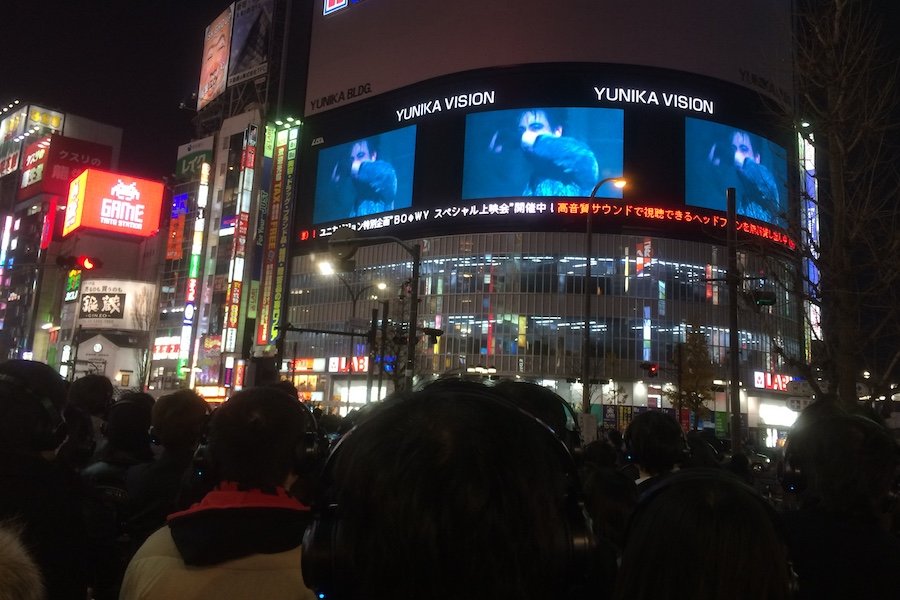 Sure to grab everyone's attention, this special BOØWY screening managed to capture a legend from 30 years ago.

At 6:30 PM on December 24th, a screening of live performance footage from BOØWY's show and legendary breakup announcement at Shibuya Public Hall took place, matching the same time as their performance from 30 years ago.
100 headphones were given out, allowing for attendees to listen to the performance in the highest audio quality.

Not just limited to older fans, there were a wide-range of people who gathered at Seibu Shinjuku PePe, and some attendees brought their children. It seems like such authentic music will continue to find a fanbase even as the times change.

Fans stared in awe at the screen when the band members appeared as the track "To the Highway" played, and you could see people festively jumping up and down in time with the songs as the film progressed.

There were even people who seemed to stop in their tracks as they gazed at the screen, and you could hear some of the younger attendees marvel at how young and timeless BOØWY were as they discovered the band in real-time. The band continues to stand out, with each member still well-known and active in the scene.

People looked sad as they captured the final moments of the performance with their smartphones, though they seemed to really enjoy the tightly packed edit of the film, which was limited to five songs. At the end of the show, you could hear fans talking among themselves about how glad they were they decided to come, and how impressed they were with the three-screen editing style.