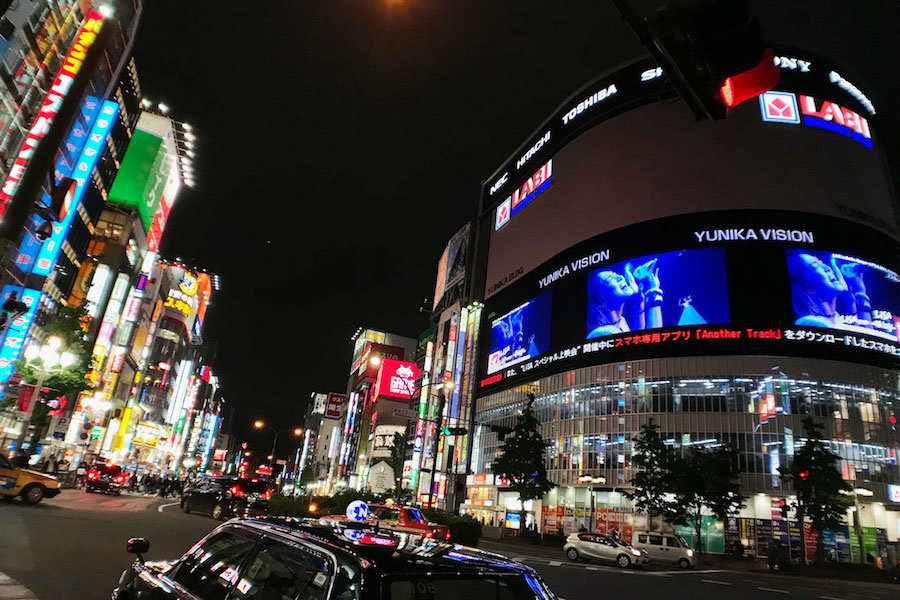 The screening of LiSA's awesome live performance overwhelms fans and attracts the attention of many passerby.

May 9th (Wed.) at 5:00 pm & 7:00 pm, We were held a special screening and live streaming featuring live footage of LiSA.
That was a headphone-viewing event to watch the screening in high quality sound and enjoy live streaming of the event.

Although it was a cloudy day, people gradually started gathering at Seibu Shinjuku PePe Plaza as the starting time for the screening drew near. After fans received their headphones, they waited anxiously for the live footage to begin.

The screening began as LiSA screamed out to the audience, "Are you all ready to hustle!?"
The first song was "L.Miranic," followed by "crossing field," and "the end of my world." Images of the live performance venue, heated up by LiSA's upbeat songs and passionate mic performance were shown on screen.
The screening venue also took on added heat, and fans were seen dancing, singing along with LiSA, and responding to LiSA's calls by raising their hands, as if they were actually at the live performance.

As the 5 p.m. screening ended and the 7 p.m. screening started, even more fans gathered at the venue, many of whom were coming from work as it was a weekday, showing just how wide the range of her fans are.
Many passersby stopped to see what was going on. Some even put on the headphones and stayed to watch the screening. There were people who were so impressed by the quality of the sound that they asked the staff about how it was being synchronized.

It seems fans thoroughly enjoyed LiSA's satisfying performance and the intensity of the big screen. As the screening ended, fans were seen walking away together, discussing what they enjoyed about the event. Fans also left comments on Twitter which were shown on screen through a live feed: "LiSA's live performances are the best!" "Thank you for the great feed! It cheered me up!"