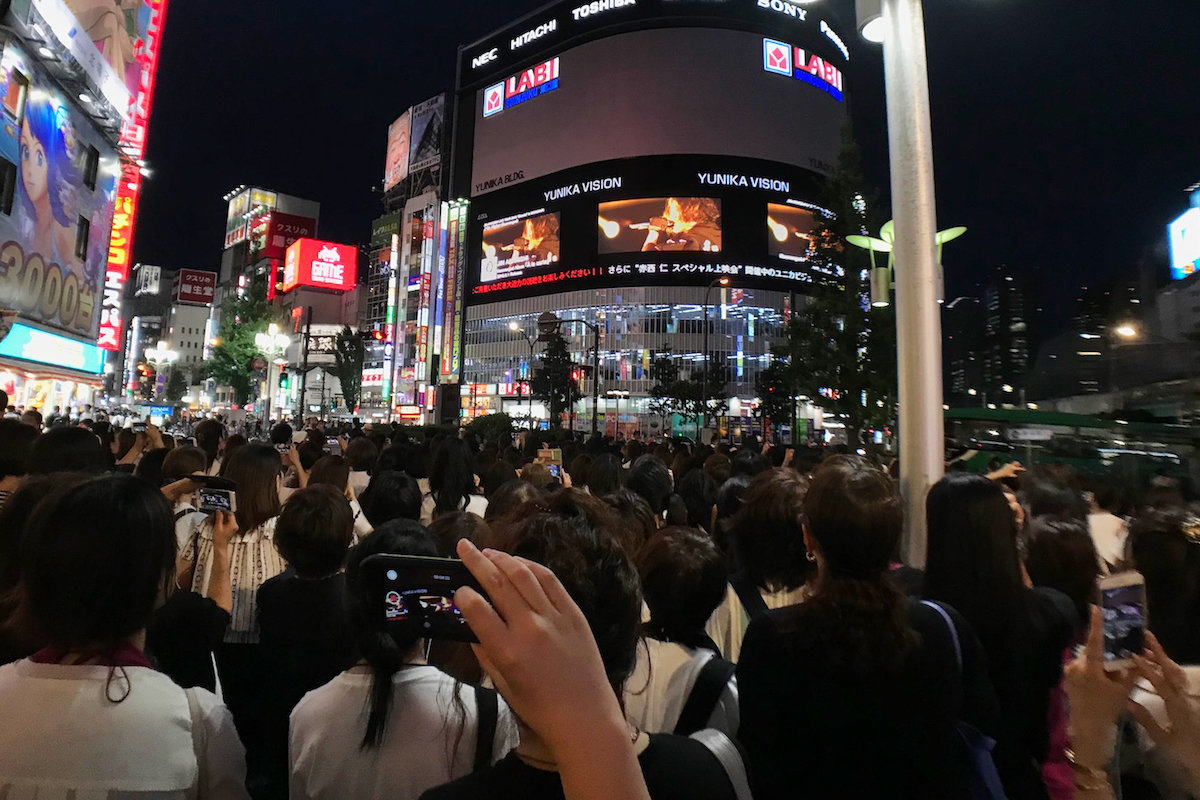 The screening began with 4 songs from the music video. Whether it was because it had already been released, the fans' reaction was quieter than expected, however I understood exactly why when the Makuhari live footage began and they all rushed forward in unison.

The live performance video began with "Yesterday" and continued with "Go Higher", with the PePe Front Square crowd gradually getting into the swing of it -- so much so that I could hear cheering and clapping from time to time.

The lighting choreography in this live footage was the best-executed yet, and in "Heart Beat", it seemed as if the crisscrossing lights moved to open a path for Jin Akanishi as he walked towards the audience. Akanishi's super-cool performance contrasted with the excitement in Pepe Front Square reaching fever-pitch.

The 5 o'clock showing came to an end, and with darkness falling, many more people gathered for the 7pm re-run. They generated such a wave of excitement that many passers-by stopped to see what all the fuss was about.

Lit up with the night sky in the background, Akanishi seemed like a god and I could hear passers-by exclaiming about his good looks, putting smiles on the faces of those of his fans who heard them.

Even on YUNIKA VISION'S HP & Twitter live streaming, delighted comments about the performance -- "all the songs are great!" or "my eyes and ears are smiling" to the event itself, "Shinjuku's nightscape and the lighting match perfectly" or "We're watching from Taiwan. Thanks for the live stream" -- just kept flooding in.

Even after the packed-out screening finished, the PePe Front Square crowd didn't leave straight away, but mingled and took commemorative photos, as if they were JIP'S (Jin's Important People) fan club members who'd come together in an appropriate setting to celebrate the singer's birthday.