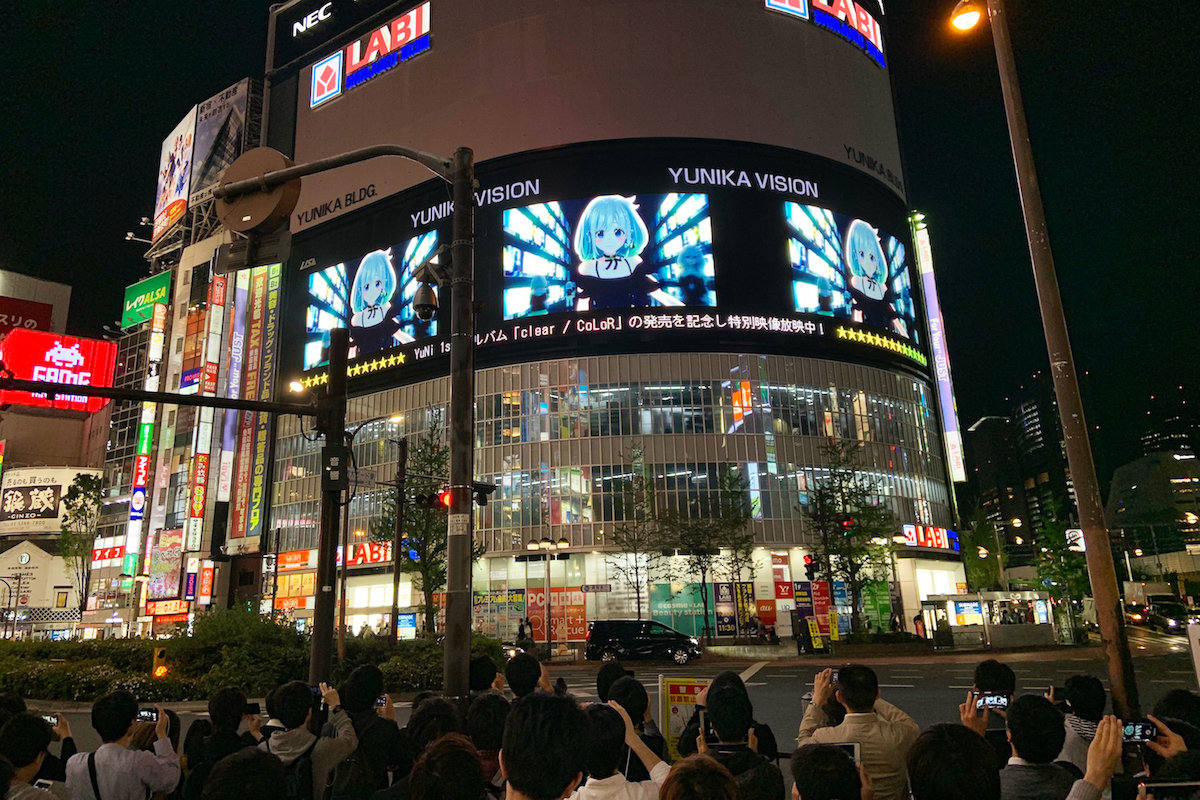 Tuesday, April 23, 2019 at 19:00
In order to commemorate the release of the first album of the self-proclaimed world's first virtual singer YuNi, we broadcasted the full-length music videos for "Tomei Seisai" and "Hana Wa Maboroshi", and also a special comment video by YuNi.

There was also an announcement saying "YuNi will take over Shinjuku for 10 minutes!! What will happen with "YuNi" X "Yuni"ka Vision!?" and a large crowd of fans packed the area in front of the Vision screens before the start of the broadcast.

When YuNi appeared on the screens at 19:00 shouting "Hey everyone walking around Shinjuku!!!" even some people walking on the streets stopped and looked up at the screens, and joined the group that had gathered in Seibu Shinjuku's PePe Plaza.

Then, YuNi said "Aren't these the largest screens I've ever appeared on?" and the video for "Tomei Seisai" was shown.
With her clear voice and the images, her fans stared at the Vision screens holding their breath, and it seemed YuNi left a major impression on them all.

Next, the video for "Hana Wa Maboroshi" was shown, and lastly YuNi announced that a "Sayonara Heisei Countdown Live" performance would be held to welcome the new imperial era, bringing the one-time special broadcast to a successful close.

After the showing, it seemed fans really enjoyed the special broadcast, with many fans who came posting comments on social media such as "It was amazing to see YuNi on such big screens!" and "It moved me so much to have YuNi singing in Shinjuku!"