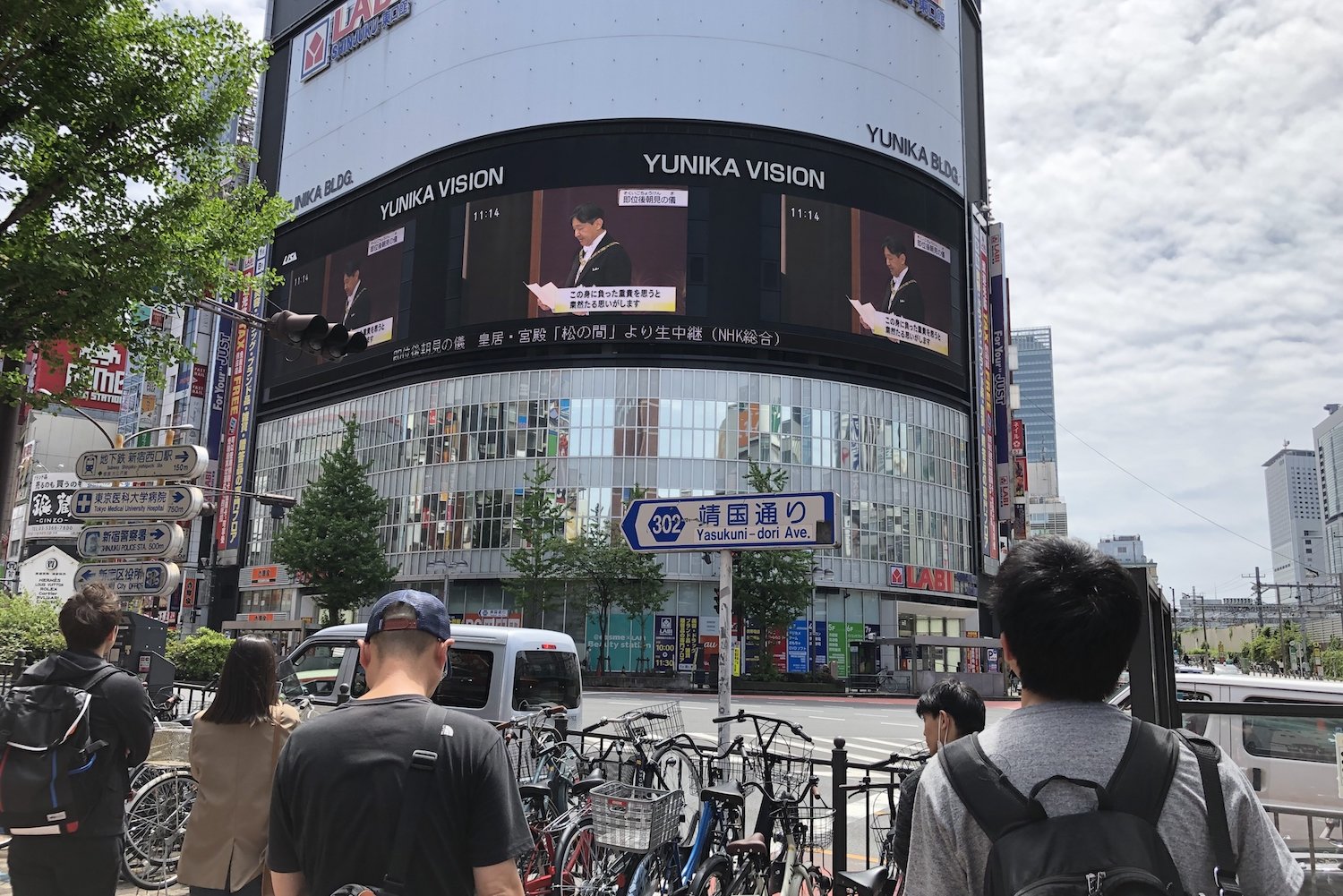 Many people passing by listened to the new emperor when he said the following: "I also swear that I will act according to the Constitution and fulfill my responsibility as the symbol of the State and of the unity of the people of Japan, while always turning my thoughts to the people and standing with them. I sincerely pray for the happiness of the people and the further development of the nation, as well as the peace of the world."