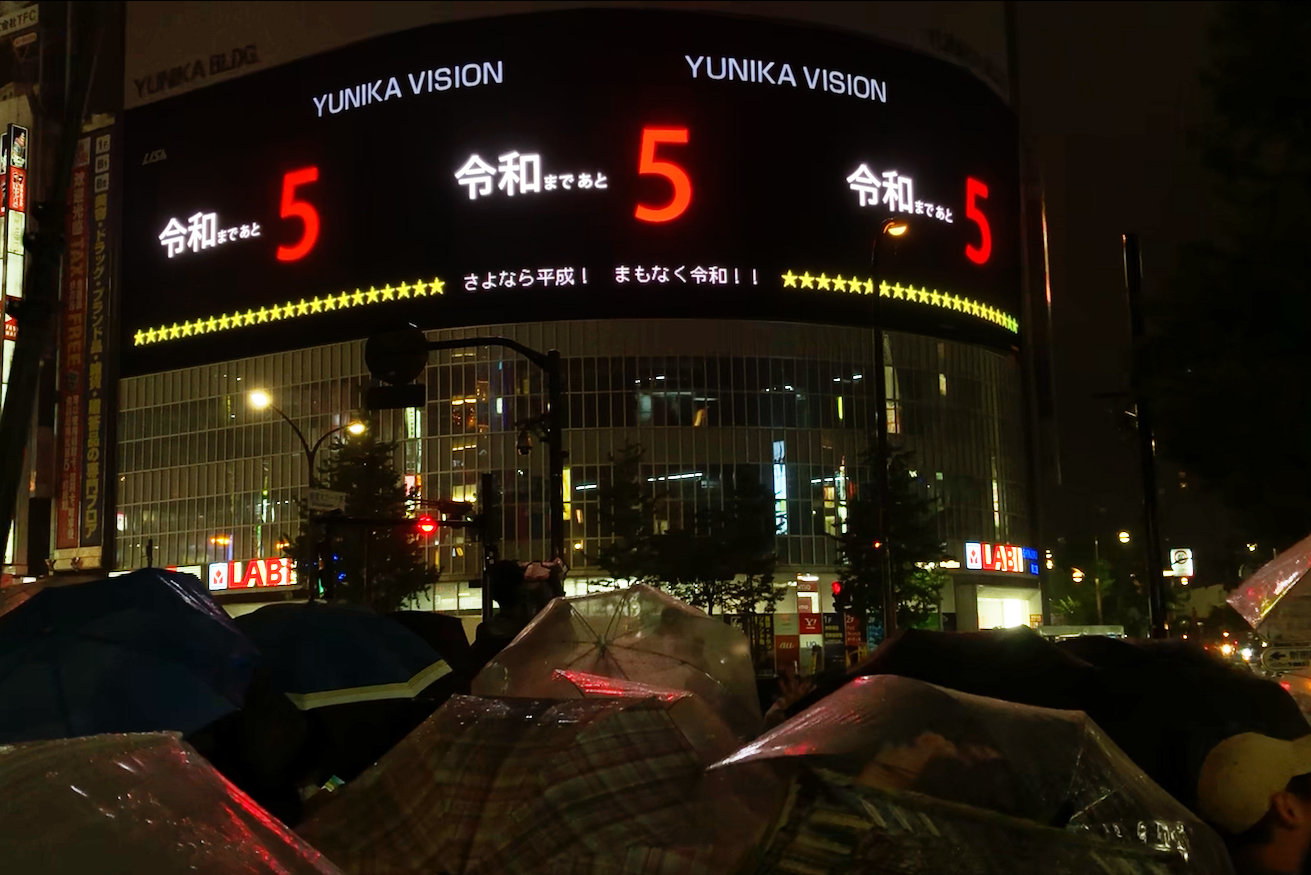 Changing from Heisei to Reiwa! Countdown Broadcast Celebrating the New Era that Brought Excitement to Shinjuku

For 20 minutes spanning two eras from Tuesday, April 30, 2019 to Wednesday, May 1, 2019
We broadcast a countdown to the Reiwa era with the title "Golden Bomber 30-Year Heisei Review Special!!"
It included news (from Kyodo News) looking back on the Heisei era, comment videos from Golden Bomber, and the music video to their new era song "Reiwa".

The countdown broadcast started from 23:50 on the last day of the Heisei era.
It gradually went on while showing news during the Heisei era in chronological order such as the introduction of the consumption tax, the 2002 FIFA World Cup Korea/Japan, and the opening of Tokyo Skytree.
People walking by who saw the countdown stopped one after another, and the crowd that had gathered in Seibu Shinjuku's PePe Plaza slowly grew.

Everyone counted down when "10 seconds until the Reiwa era" appeared on the Vision screens, cheered the moment it became the Reiwa era, and celebrated the start of the new era together.

After that, Golden Bomber's comment video was shown with them saying "Shinjuku is probably very lively now that it's the Reiwa era!" and the music video to their new era song "Reiwa" was shown on the screens, bringing the countdown to a close.

Even television news programs showed footage of the countdown broadcast, and reported on events throughout the country celebrating the new era.