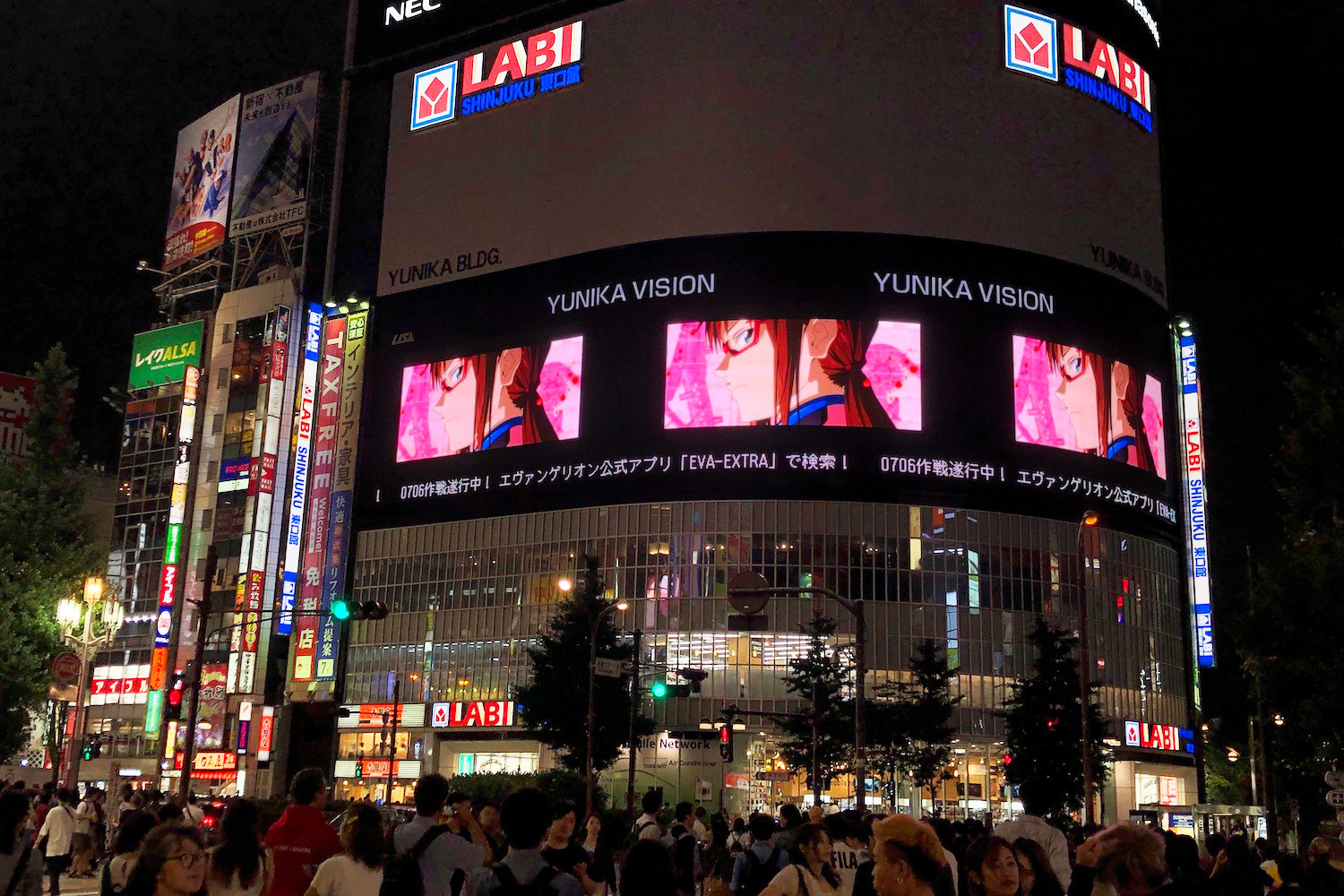 The opening video of the movie "Shin Evangelion Movie Version" scheduled to be released in 2020 was simultaneously screened in eight cities in Japan and overseas, and many fans gathered in front of Yunika Vision.

The event, titled "Operation 0706", showed an advance screening of "Shin Evangelion Movie Version AVANT 1 (Beginning 10 Minutes 40 Seconds 00 Frame)" at venues in Paris, Los Angeles, Shanghai, Sapporo, Tokyo, Nagoya, Osaka and Hakata, and it was also announced that it would be shown on several large electronic billboards. 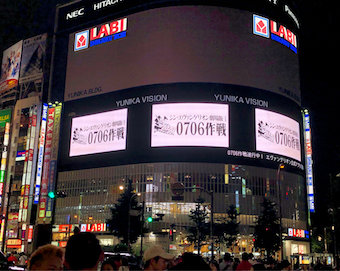 At 21:00, first recaps of "Evangelion New Movie Version:1.11 You Are (Not) Alone", ":2.22 You Can (Not) Advance" and ":3.33 You Can (Not) Redo" that were prepared for the event were shown. During this time, people on the street also noticed that it was "Eva", stopping their tracks and causing the crowd to grow.
Finally, when AVANT1 was projected, the gathered people watched closely with intense interest, and cheers and applause rose up with the end of the screening.

The exact location of the venue was announced at 12:00 on the day of the event, but it quickly became packed full of fans.
Although it was announced 10 minutes before the start of the Yunika Vision screening, about 400 people ended up gathering to enjoy it. 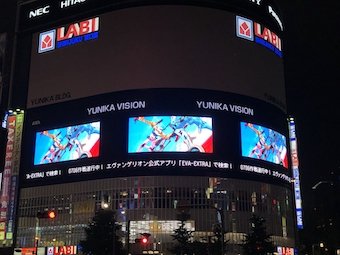 In addition, scenes from the event were reported on Twitter, and participants also livened the event in real time using the hashtag "#Operation0706". There were countless exchanges between fans, perhaps because of the synergy with the launch of Evangelion's first official application "EVA EXTRA".

In addition, scenes from the event's main venue at JAPAN EXPO in Paris were shown live on LINE LIVE, and according to an official announcement, it was said that 1.5 million people worldwide and 300,000 in Japan watched the entire event.