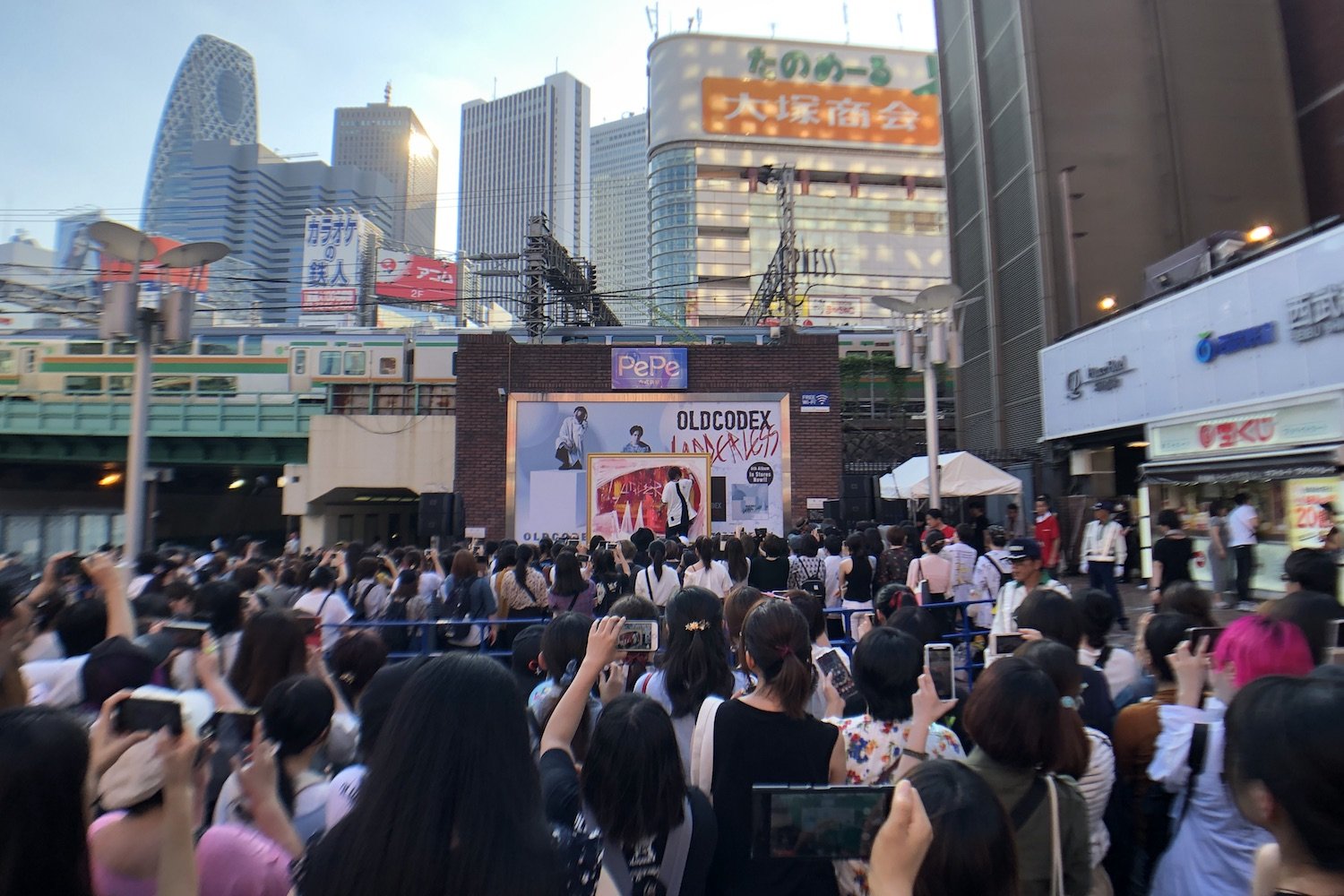 Fans get into a frenzy from surprise YORKE. appearance
Special screening made Shinjuku resound with loud cheers

There was a screening of music videos and live footage by OLDCODEX, and the member YORKE. made an appearance afterwards to reveal a live painting.
In addition, scenes from the screening were shown live on the OLDCODEX's official Twitter account and the YouTube Lantis Channel.

The event was announced as a screening and special exhibition, but the fans who gathered beforehand saw the stage placed on the square and the white canvas with only the word "OLDCODEX" drawn on it, and their anticipation grew. 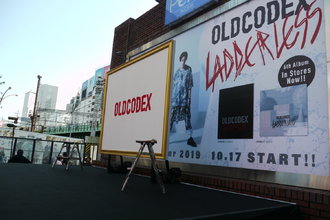 At 16:00, the screening began with the music video for "Heading to Over". You could see how the fans in the plaza were being drawn in little by little when the loud up-tempo music echoed throughout the streets of Shinjuku.
After that, when the screen switched to a live footage from "Rage on" during their live tour last year, the excitement of the fans who had gathered in PePe Plaza rose more and more, with them jumping just like the live audience projected on the screen and cheering. 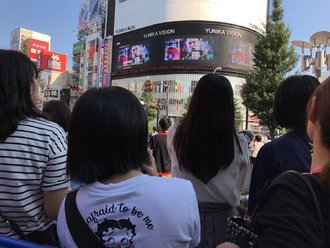 The upsurge in tension did not abate with the live footage from "WALK" and "smiling", and the area in front of Seibu Shinjuku Station was like an outdoor live venue, but the climax of this event still had not come.
When the live videos were over, the square was shown in the Vision, with YORKE. making his appearance.

Amidst screams and shouts of joy, YORKE. appeared on the stage placed in the plaza and revealed his painting following the music right there.
Attracted by the enthusiasm of the crowd watching nearby, people walking by came to see YORKE.'s performance one after another, bringing even more people to the plaza. 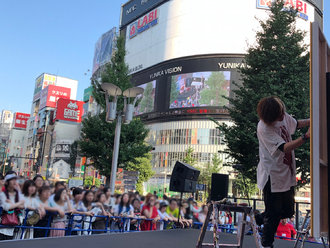 After he completed his painting over 3 songs in about 15 minutes, YORKE. ended the event by writing his signature on the board at the back of the stage, and left the stage while waving towards the audience.
Many of the fans that were still excited from YORKE.'s appearance lined up to take pictures of the painting left on the stage for commemorative photos. 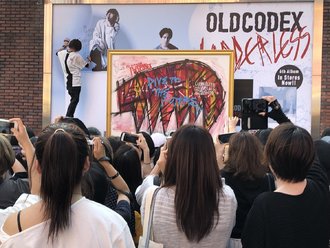 The live broadcast buzzed with comments such as "YORKE. is so cool!" and "Thank you for being so close!", and making it an enjoyable event even for fans who could not come to the plaza.