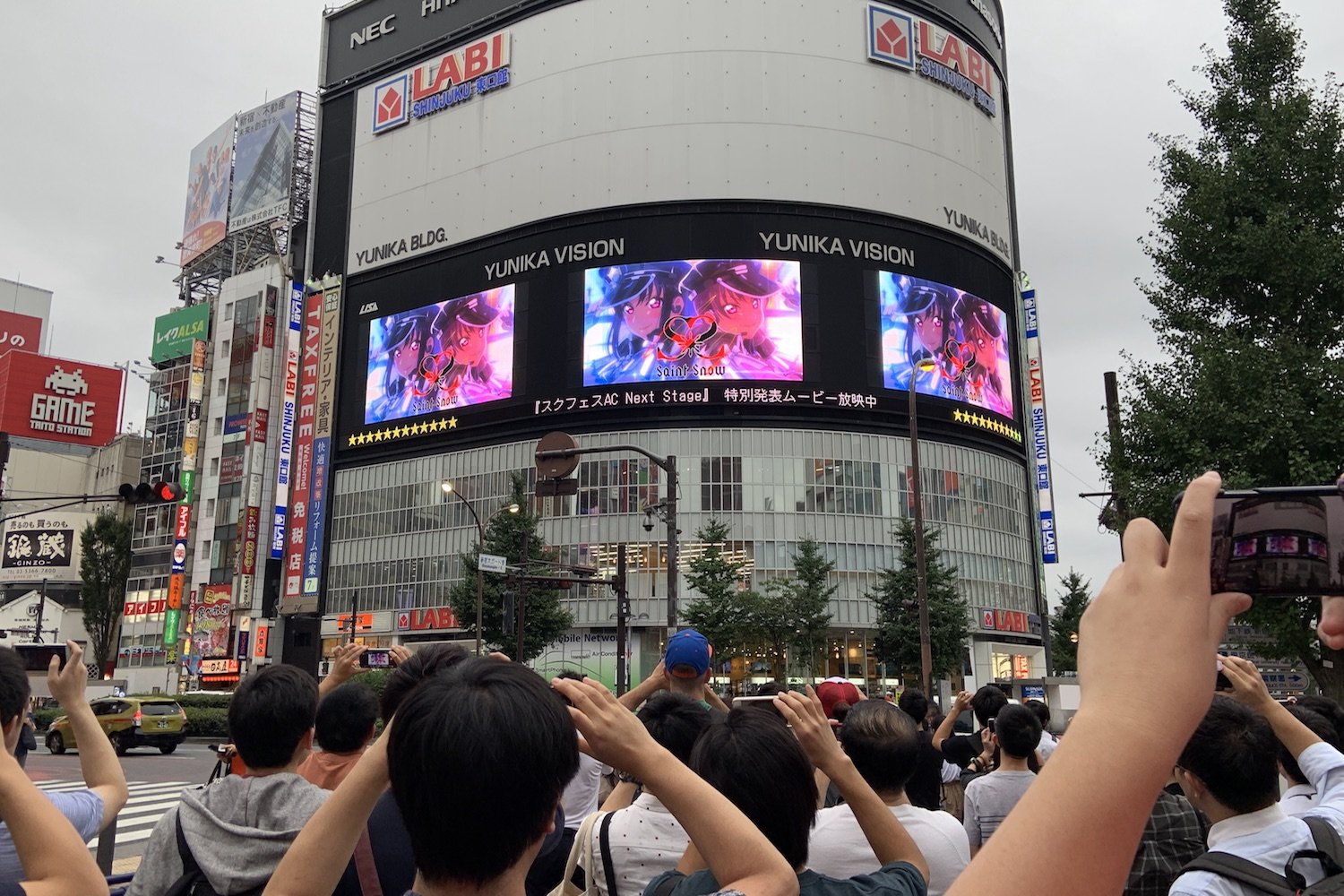 The Arcade Rhythm action game "LoveLive ! School Idol Festival -after school ACTIVITY- Next Stage" special announcement movie was aired from 17:00 on September 4, 2019 (Wednesday). Fans gathered in front of YUNIKA VISION to find out the news firsthand.

The airing was notified by the management team about a week earlier in the form of "Urgent Announcement".
Fans were seen to excitedly speculate with each other on SNS what would be announced and what images would be shown.

On the day of the airing, fans were seen to gather in front of YUNIKA VISION at the Seibu Shinjuku PePe Square early even though the announcement was at 17:00 on a weekday. 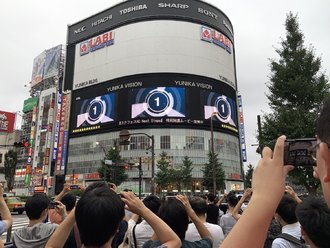 Saint Snow appeared after the countdown 5,4,3,2,1... was played at 17:00.
Dance scenes "Believe again" and "SELF CONTROL!!" were aired, captivating all attention of the fans gathered in the square.

Then the two members of Saint Snow; Asami Tano, who plays Seira Kazuno, and Hinata Sato, who plays Rika Kazuno, came on screen with the announcement that Saint Snow will join "School Fes AC Next Stage" from the next day September 5 (Wednesday), drawing a huge "Oh" from the surprised crowd. 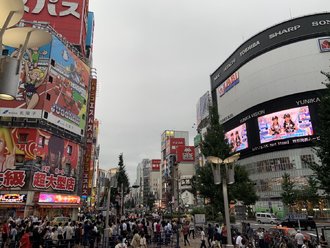 Although many on SNS had expected that the announcement would be of this addition of Saint Snow, after the airing, there were numerous comments from fans saying they were looking forward to playing the game from the next day.