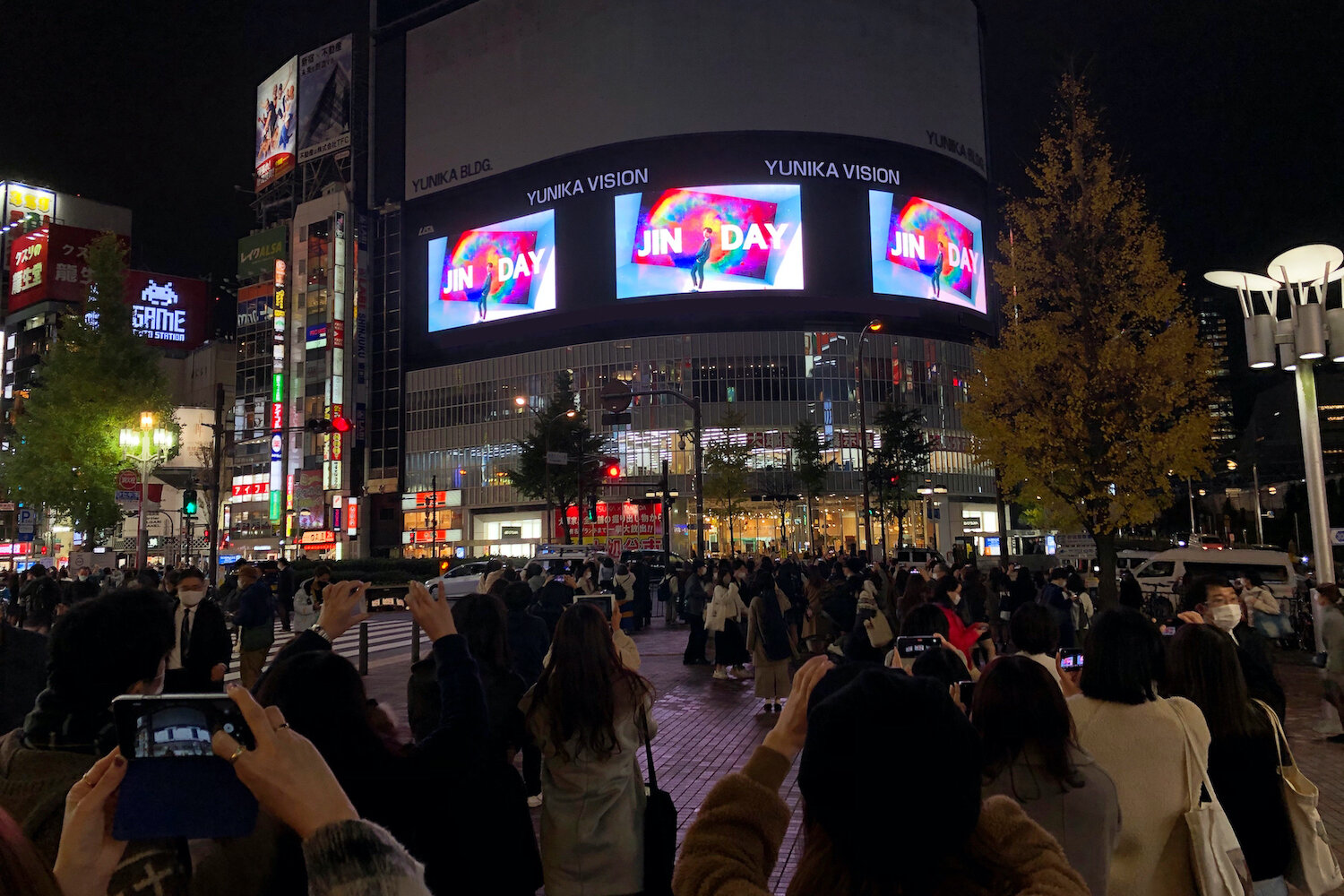 Many fans gathered in front of the vision screens for the broadcast of special videos celebrating the birthday of Jin, a member of the popular K-pop group BTS.

The aired videos were fan-funded "support ads" widely known especially among K-pop fans as "saengil ads" (birthday ads) that ordinary fans use to advertise idol group members (artists), and have been gradually gaining recognition in Japan with their increasingly growing scale. 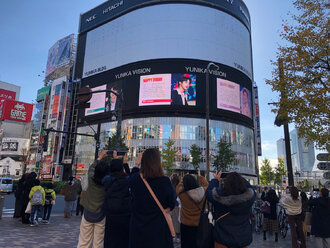 Yunika Vision showed two special 60-second videos every hour from 7 A.M. to 1 A.M. the next morning for the birthday of Jin, a member of the overwhelmingly globally popular group BTS. Even though the video was only 60 seconds long, a large number of fans gathered in front of the vision screens every hour from morning to night, and they all held up their smartphones to take pictures and sometimes cheered whenever Jin was shown.

Fans also posted their photos on social media, which were spread and shared with fans who were unable to be at the event themselves, strengthening the sense of solidarity and unity among fans. 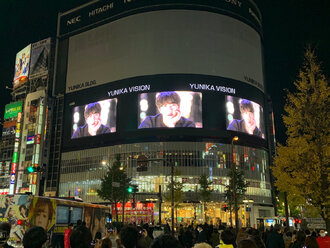