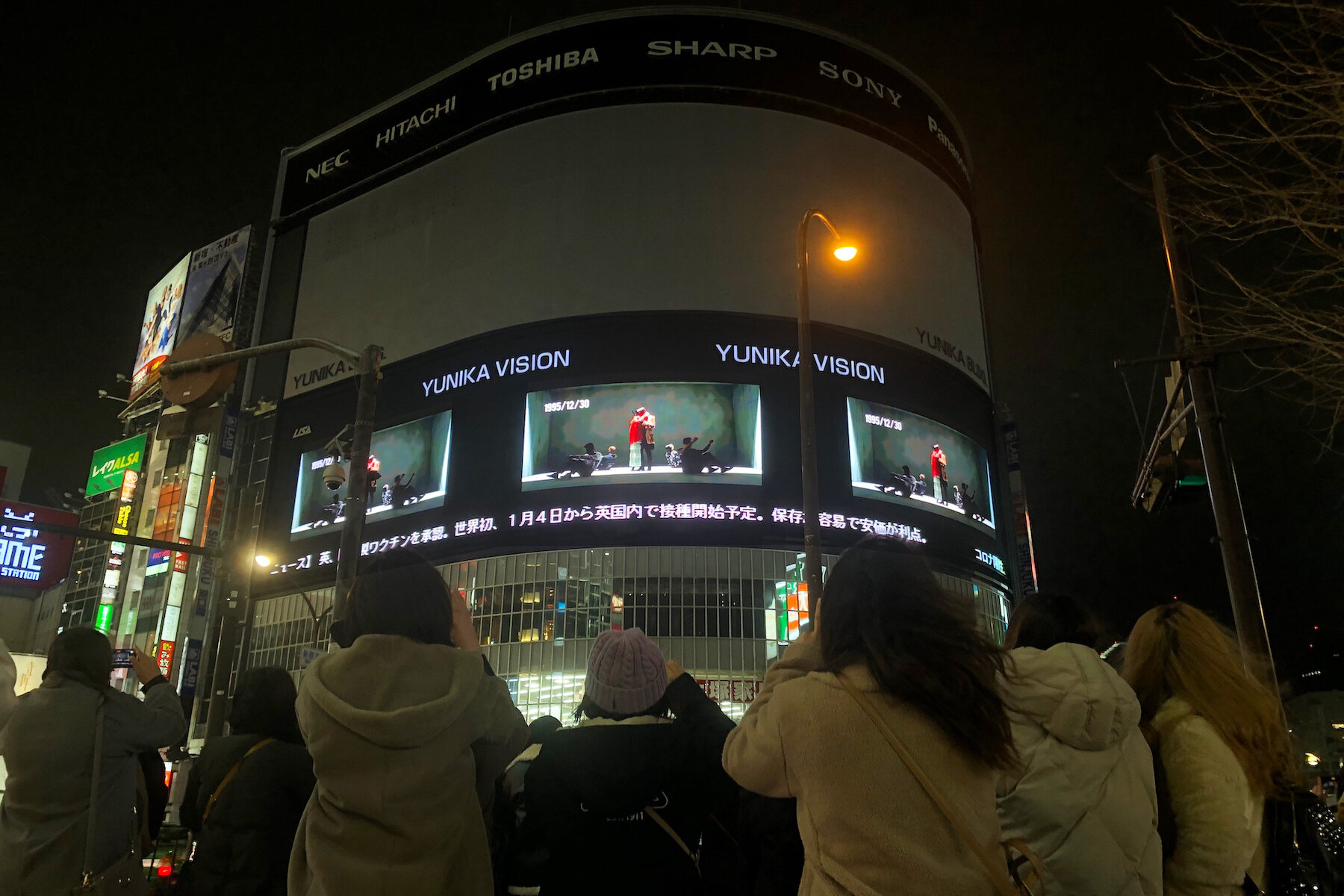 Six special videos were aired all at once to celebrate BTS member V's birthday.

Five consecutive albums have reached No. 1 on the U.S. Billboard 200 album chart. The K-pop group BTS is taking the world by storm, landing a nomination for the 63rd Grammy Awards, and being chosen as "Entertainer of the Year" by TIME magazine.
On December 30, the birthday of V, one of the most popular members of the group, Yunika Vision aired six different support ads (fan-funded advertising videos). 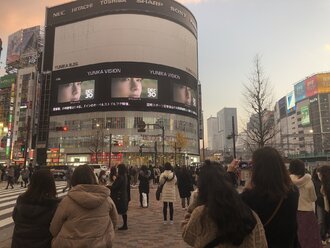 Many BTS fans crowded in front of the vision screens day and night because it was announced in advance that 15-second versions would be shown 12 times an hour and 60-second versions 3 times an hour between 7:00 am and 1:00 am the next morning.
The gathered fans eagerly took pictures of the videos celebrating his birthday that were continuously shown. Seeing the people holding up their smartphones in the cold weather, passersby also looked up at the vision screens and seemed surprised at BTS's popularity.

Besides Yunika Vision, congratulatory messages for V were shown on street visions screens throughout Japan and around the world, and have been shared with fans worldwide using social media. 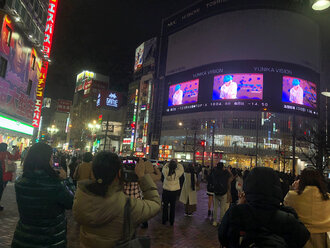