Schedule
Tue, 1st June – Wed, 3oth June
Time
Four minute from 9am
※Starts at 9pm after the declaration of a state of emergency is canceled.

Los Angeles-based artist Nikita Gale (Nikita Gale/the artist) summons a storm of colour and light to London, Seoul and Tokyo, shifting the urban climates in a major new commission that marks the CIRCA programme’s expansion from their home on Piccadilly Lights, now broadcast across screens in two new cities.

Curated this month in collaboration with Chisenhale Gallery, London, directed by Zoé Whitley, Gale’s new series of four films titled ‘SOME WEATHER’ spotlights the creative labour of Black women whose voices feature in some of rock music’s most acclaimed recordings, from the Rolling Stones to David Bowie. Four films -- ‘Heat’, ‘Fog’, ‘Blizzard’, and ‘Rain’ -- will feature throughout June, appearing daily with the unpredictability of weather patterns. Each takes on a different radiant hue, employing the immensity of these cities’ advertising screens to shift the atmosphere of their respective urban settings.

Gale, an artist who works using sound, technology and sculptural installation, notes: “Some of the most definitive recordings in the genre of rock and roll have used the voices of Black women as background singers. This creative labour has been used to foreground the performances of some of the most iconic rock performers of all time, mostly men, many of them British: The Rolling Stones, David Bowie, Phil Collins, to name a few. In the ecology of both the stage and the recording, all of these elements that are not the band or the lead singer become a kind of sonic and cultural ‘weather.”

In SOME WEATHER, the singers’ voices, their physical presence, and the context of their original performances blur. Each film features archival footage of background singers rendered unrecognisable, manipulated to such a degree that their images exceed the scale of easy consumption. Obscured, they commune with weather patterns that beam out across London’s iconic Piccadilly Lights and two new CIRCA screening venues at Seoul’s K-Pop Square and Tokyo’s Shinjuku Station, in addition to appearing online each evening at 20:21 BST on the CIRCA website.


The new video will be shown every evening throughout the month of June at the following times and locations:


London: Piccadilly Lights, at 20:21BST
Seoul: Coex K-POP Square, at 20:21KST
Tokyo: Yunika Vision, Shinjuku at 09:00JST
*starts at 21:00JST after the declaration of a state of emergency is canceled.
Online via the CIRCA.ART website every evening at 20:21BST 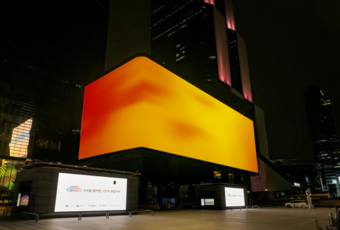 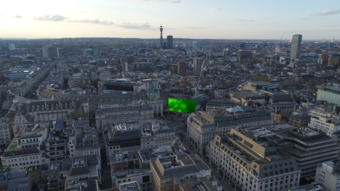 
ABOUT CIRCA
CIRCA is a pioneering digital art platform that presents new ideas, every evening at 20:21 BST, on London’s iconic Piccadilly Lights and broadcast across a global network of screens in Seoul and Tokyo. Rooted in time and bringing people together, each month CIRCA invites a different artist to create new work that considers our world circa 2021.

OFFICIALSITE
Back To INFORMATION TOP
Back to Page Top