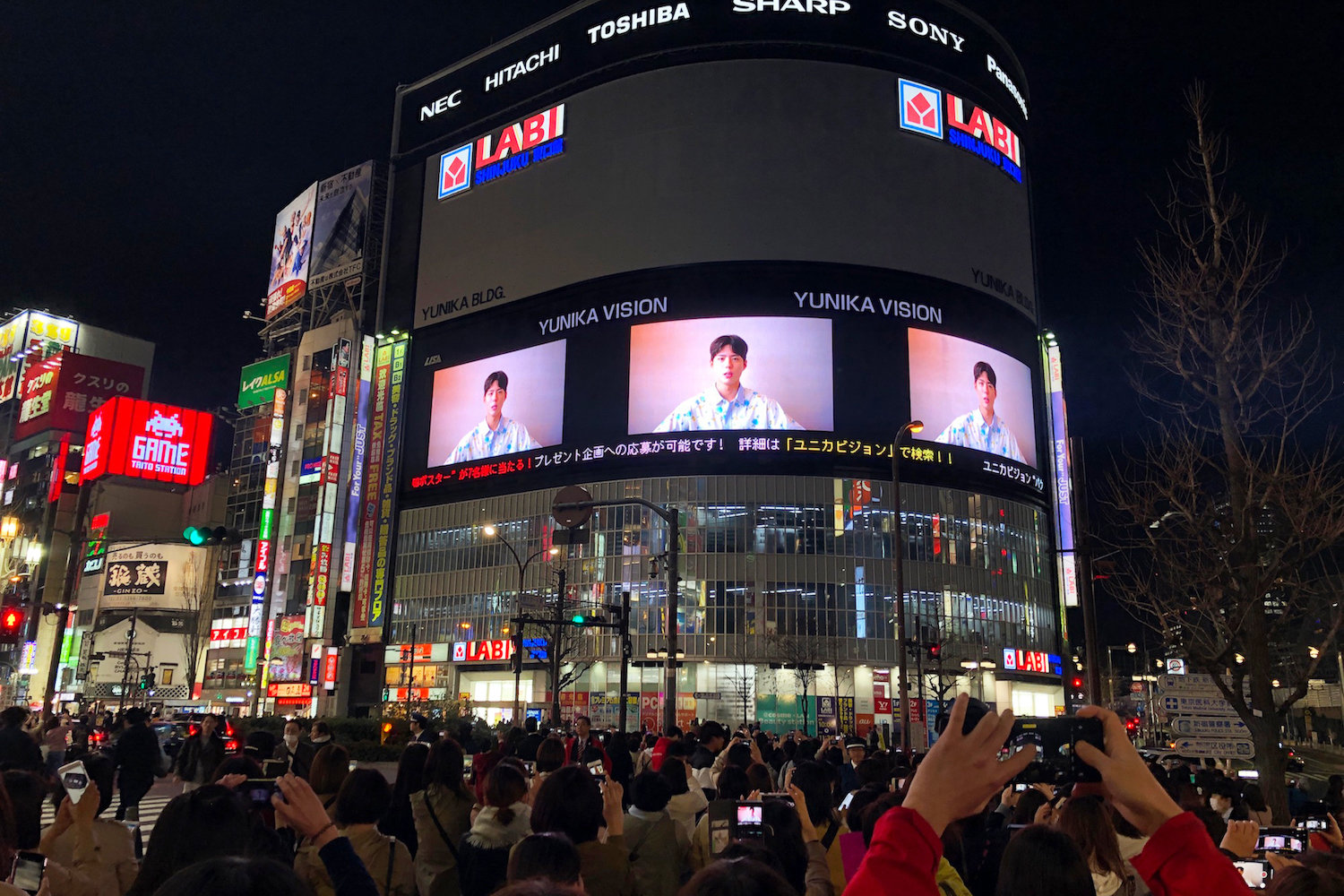 Wednesday, March 20, 2019 18:30
We delivered unreleased footage including the full version of the "Bloomin '" music video, as well as a message from Park Bo-gum.
The showing could be listened to in high-quality sound using the "VISION α" app, and there was a gift campaign held to win an "autographed "Bloomin'" advertising poster.

On the day of the showing, the full version of the music video for "Bloomin'", a message from Park Bo-gum himself and precious previously unseen footage was shown, and many fans packed the area in front of the Vision screens before it started.

The plaza was filled with shouts of joy when Park Bo-gum appeared on the screens, and everyone stared intently when he asked, "Did everyone gathered in front of the Shinjuku Yunika Vision screens listen to my debut single?"
As the screens switched from his message to the music video for "Bloomin'", there were people who moved their bodies to the music, pointed cameras at the screens, and enjoyed themselves in various ways.

Many people used the "VISION α" app when they heard about the chance to win an autographed poster, and some who tried entering for the gift and listening with high-quality audio even told staff members, "It was so great to be lost in the video".

After the showing ended, there were many comments sent to Yunika Vision's official Twitter saying they really enjoyed the joint experience that could only be gotten there: "I was happy to be able to listen to Bo-gum's singing in the middle of the street together with other fans."

In addition, fans rushed to the PARK BO GUM "BLOOMIN'" POP UP STORE currently open in Shibuya, and the business hours were suddenly pushed forward by 1 hour from the next day due to the massive response. With crowds also coming from Shibuya to participate in the event, the synergistic effect seems to have really excited his fans.