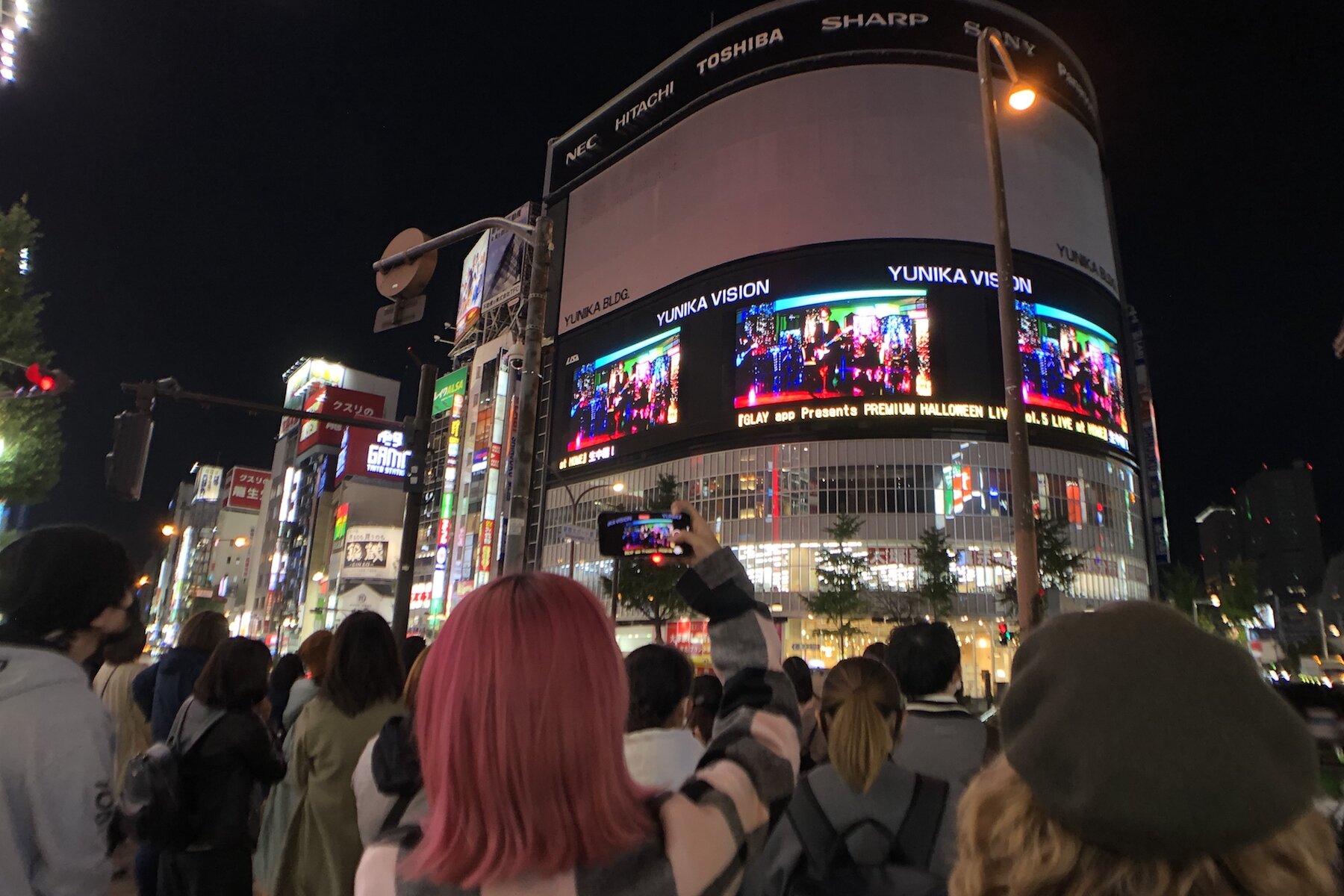 TERU's wish to deliver bright topic to the city is reached to Shinjuku via the live streaming.

On Saturday, October 31, 2020, from 20:00 onwards, a portion of the live video from "GLAY app Presents PREMIUM HALLOWEEN LIVE Vol.05 LIVE at HOME" was broadcast live for about 30 minutes.

GLAY's "Live at HOME" started with the concept of delivering the live performance without audience from home, and has been getting more and more perfected as a live performance with each installment, with more and more attention to arrangement and direction.
Originally, this live video was only available on the GLAY app for a fee, but TERU, the vocalist of GLAY and the organizer of "Live at HOME vol.5", wanted to "bring a little bit of cheer to the city", which led to the decision to broadcast the live video live on Yunika Vision.

At 20:00 on the day of the event, GLAY's TERU, HISASHI and other performers were projected on Yunika Vision to start the live broadcast.
A lot of fans had gathered in front of the vision and it was obvious how well behaved the GLAY fans were, as everyone was aware of the corona virus crisis and TERU called out to them to take care of their social distance.
The live broadcast started with "Shumatsu no Baby Talk", followed by "HEROES" and "Binetsu Agirl Summer", and as the heat of the live increased, the fans in Seibu Shinjuku Pepe Plaza (in front of Yunika Vision) seemed to be enjoying the show, shaking their bodies. By the time the crowd was about to hit the stage during the "HEAVY GAUGE" show, it looked like an outdoor concert hall. 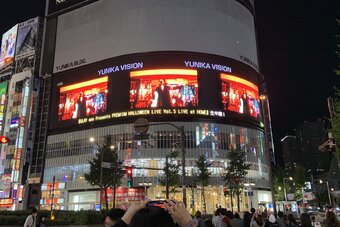 Many passersby noticed GLAY's live performance and stopped to watch.
After the live broadcast, there were comments on social media such as "GLAY x Yunika Vision was the best" and "I was so moved by the fans looking at the same direction and listening to the songs on the big screen", which seemed to make the event a satisfying one for the fans who gathered at the venue. 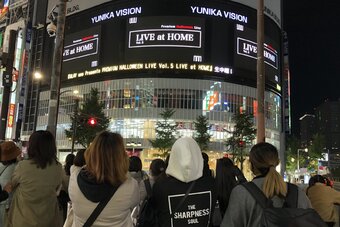 【Contact】
Back To EVENT NEWS TOP
Back to Page Top